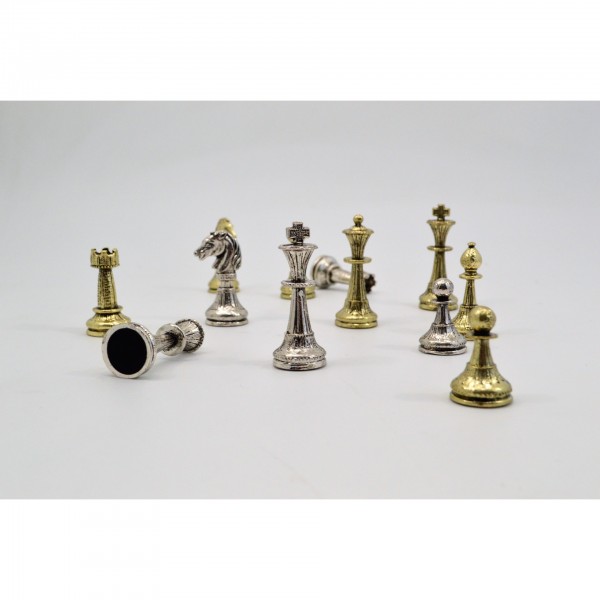 The Staunton chess set is composed of a particular style of chess pieces used to play the game of chess. According to the rules of chess, this style is to be used for competitions. The journalist Nathaniel Cooke is credited with the design, and they are named after the English chess master Howard Staunton. The first 500 sets were hand signed and numbered by Staunton. This style of set was first made available by Jaques of London in 1849, and they quickly became the standard. They have been used around the world since.